can be a crap shoot. It seems the internet can bring out the worst in people and online dating is no exception. However, these days it’s a reality if you’re a single person looking for a partner. According to studies, over 80% of single people have tried online dating, so if you’re not doing it, it can feel like you’re behind on the times.

Attempting online dating can be intimidating and the sheer number of people can make it hard to decipher who you should go out with and how you should go about it. This guide is for those who are looking for a relationship

, so if you’re just looking for a quick  hookup, this may not apply. Either way, here are our top tips for keeping it savvy and classy when online dating.

Always Meet in a Public Place

If a guy invites you over to “cook you dinner” or “watch a movie” on the first date at his place, decline. Or if he wants to come to your place, say no. This person is looking for one thing and that is a hookup and even if he’s not, it’s not safe to put yourself in a private situation with a total stranger. Always meet in a public place for the first couple dates until you get a chance to know someone.

This should go without saying, but don’t lie about your age, height, job etc. Use real, recent unphotoshopped pictures, include a full length photo, and be honest in your profile. You want to show up as the person you say you are and you’ll be wasting your time if you mislead someone.

If He Sends You Drunk/Nude/Aggressive Messages, Eliminate Him

Online dating is a numbers game, simply eliminate the duds. Or as Mortal Kombat says, “FINISH HIM.” If a guy sends you dick pics, drunk messages or aggressive comments right out of the gate, he is more than likely a creep you do not want to date. There are too many good men out there to waste your time on jerks. Boy, bye.

No Sex without Exclusivity

Yes, the old rule still applies, ladies. It may sound old fashioned, but having sex with someone right away is more often than not, a recipe for disaster. Not because sex is bad, but because it can cause unnecessary attachment to a guy who you may not be into otherwise, thanks to a little hormone called Oxytocin. Oxytocin is a bonding hormone released during sex that tricks your brain into thinking you really like someone, even if they kinda suck. So, no sex until you get to know someone better. Not because sex is wrong, but because you need to be thinking clearly.

Yes, feminism is great and all, but old biological courting rituals still exist. Let a man pursue you, not because you’re passive, but because it will let you know if he’s really into you or not. If you’re doing all the texting, planning, and calling, you won’t give him space to be a man, which is necessary for attraction.

Most first dates involve cocktails, but know your limits. If you know you can only handle  3 drinks, then stick to it. Getting sloppy drunk on your first date is not a good look.

You Paying/Going Dutch is a Red Flag

Look, I understand this is the modern age, and equality, and blah, blah, blah, but if a guy suggests you pay or go dutch on the first couple dates, he isn’t generous and doesn’t care to impress you. Bottom line. It’s not about money, it’s about courting and showing initiative. Also, being on a budget is one thing, but being cheap is a bad quality all around. Once you’re in a relationship, you can start chipping in, but in the beginning, he should be taking the initiative to court you. I can tell you, without fail, every guy I’ve been out with who suggested dutch or that I pay has been a dud. Every. Single. One. Of. Them. My friends have also had the same experience with cheap men. You’ve been warned.

Just Say No To Tinder

Tinder is a sh*t show. There are MUCH better apps out there, such as Bumble, Hinge, Match or Coffee Meets Bagel. Tinder screams one thing: cheap, easy hook ups. Just say no.

Attraction doesn’t always happen immediately. If you’ve met someone you’re not sure about, give it three dates to see if the attraction builds. If after three dates, you’re still unsure, cut it loose and move on. This will help avoid wasting both your time and his. 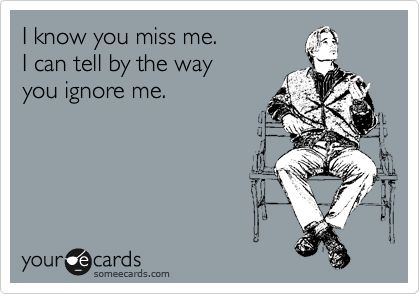 If you’re not interested, just tell him. Ghosting is bad form and way too common these days. Sometimes people sense the lack of connection and fade out naturally, but if a guy keeps texting you for a date, just gently let him know it’s not a match instead of ignoring him.

is a murky place, to be sure. It has its pros (efficiency!) and cons, but at the end of the day, if you’re looking for a partner, you should still be out using traditional in-person methods. Only 20% of relationships start online, so don’t rely solely on the internet to find a partner, otherwise you may be sorely disappointed. 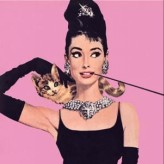