For fashionistas, there’s no better time of the year than New York Fashion Week.  We get to see what our favorite designers have in store for their fans (a.k.a. us), but we also get to see the best of the best street style – what actual New Yorkers are wearing.  If you weren’t able to make it out to the runways this year, here are some of the biggest trends for spring 2017. 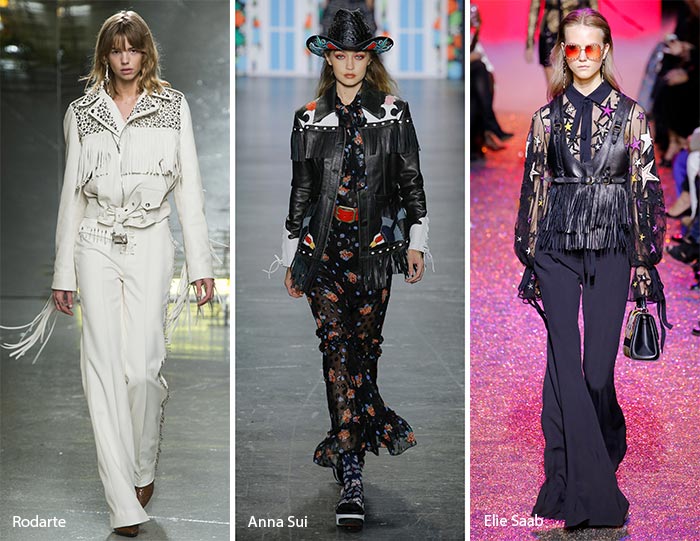 Many lines incorporated details that were traditionally “western.” From embroidered denim to waist-cinching belt buckles to modern takes on the leather vest, American designers embraced the romanticism of the wild, wild west. Though we didn’t see any steel-toed boots, the color pallet remained traditionally American – with a lot of blue, white and some bright red.

It’s a way to look fashion-forward and like you’re had a full night of sleep at the same time!  Metallic eyeshadows and metallic matte lipsticks are one of the biggest beauty trends on the runway right now, but instead of  the expected silver and gold, designers are pairing light-catching metallic skin-tone mattes and even blue and purple shades!

In contrast to the metallic makeup trend, the “no makeup” look was also seen all over runways and street style mavens. Perhaps we can chalk this up to celebrities like Alicia Keys going against the grain and opting to step out makeup-free; whatever the cause, we’re loving the low maintenance look!

Many designers featured a lot of sheer looks for Spring 2017, but most notable are the number of tops that are bra-like.  The sheerness of the tops– which are often in white, nudes, and black – will definitely show off your assets.  Other lines, including Calvin Klein Collection, featured the sheer reveal as well. 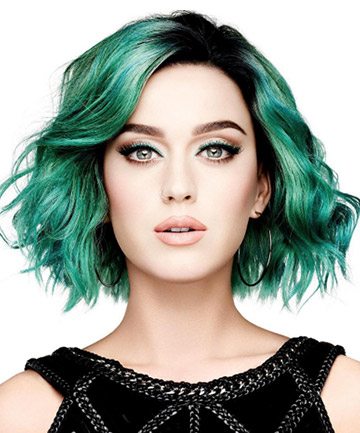 Fashionistas are breaking out their best looks and have complemented it with their favorite part of the Roy G. Biv spectrum.  From purple pastels to emerald green to sunflower yellow, many looks are more about statement hair than a statement dress. 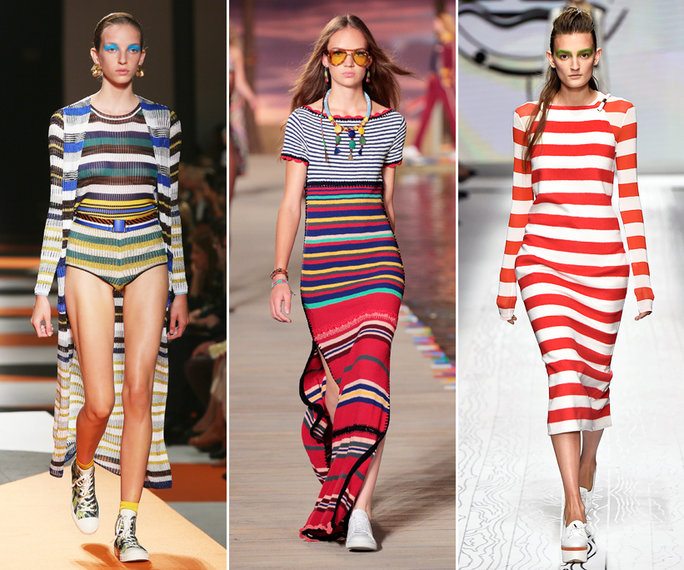 Bold stripes appeared throughout many collections, including Banana Republic and Valentino.  Many of these patterns were in candy cane red, but designers also used bright pinks, teals, and oranges to compliment the look.  Another bonus? Designers didn’t stick to one stripe direction; many pieces had diagonal, vertical and horizontal stripes – sometimes all in one look!

There’s a lot of volume this season and it hits in all the right places.  Wide-legged pants and broad-shouldered jackets were a recurring theme thanks to J. Crew and Diane Von Furstenburg.  Many of these pieces were in lighter colors, which got us excited for the pop of color we’ll get to wear come autumn. Some, like Prabal Gurung, were snow white – which makes the line perfect for curling up with a mug of tea.

Lightweight Sunscreens That Won’t Cause Acne or Breakouts

How To Optimize Your Spring Cleaning

10 Tips For Being a Great Networker