Love and dating in the modern world can be daunting for many people. Between mobile dating apps, online dating, and social media, technology seems to have taken over the relationship world. With so many new “rules,” dating opportunities, and well-intended advice from peers, it can leave one’s head spinning.

Luckily, our expert friends at Match.com, along with love doctor, Dr. Helen Fischer, and Carole Radziwill of The Real Housewives of New York, sat down for the Singles in America live stream at The Rickey at Dream Midtown in NYC for a little discussion on love and dating in the modern world.

Here are a few of the interesting (and funny) facts we learned about how singles date in America. 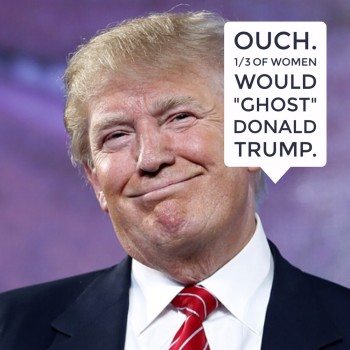 According to Match.com’s annual Singles in America study, politics still heavily influence who we date, and (unsurprisingly) which candidate a potential partner votes for can say quite a bit about a person and their values:

Additionally, over 1/3 of single women say they would “ghost” (date and disappear cold turkey) Donald Trump. Ouch! As far as kissing, older women were more likely to want to kiss Marco Rubio, while younger millennial women would opt to smooch Bernie Sanders. 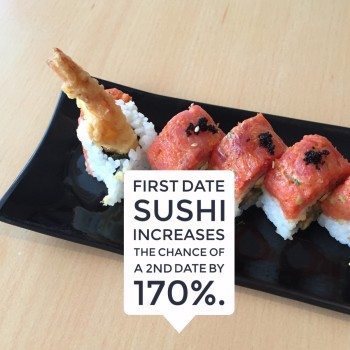 You may also be surprised about how food affects your dating life. It’s generally bad (cheap) form to “go for coffee” on a first date, so it’s no surprise that the majority of singles prefer dinner on a first date, but what kind of food will get you a second date? Sushi, apparently.

According to the Singles in America study, you increase your chances of a second date 170% by dining on sushi. While almost 75% of singles prefer American cuisine on a first dinner date, sushi seems to be the clear winner when it comes to moving forward to date number 2.

As far as drinking goes, the study shows you should skip the beer and wine, and opt for a cocktail, as this will increase your second date chance by 137%.

Age is Just a Number?

We all know women often enjoy dating men who are older (i.e more mature), but according to the study (and contrary to popular belief), men will date and commit to women who are 10 years older than them. (Hence, the popularity of the “cougar” dating movement.)

For more tips and interesting findings on dating in America, watch the full live stream below. To read the entire, detailed 2015 study findings on what U.S. singles seek in sex, love, romantic partners and political leaders, visit www.SinglesinAmerica.com and follow the social conversation at #SinglesinAmerica. Happy Dating!

All opinions are our own.