Although they may just look like a funny looking fungus, (try saying that three times!) mushrooms boast numerous health benefits anyone can enjoy. And like other variants of fruits and vegetables, there are many types of shrooms to branch out and explore. (Not to burst anyone’s bubble, but FYI, we’re only boasting the legal, culinary mushrooms!)

Amongst a sea of benefits, mushrooms are dense in nutrients and potassium, making it a hidden gem and growing trend in the health world. Don’t believe us? Actively consuming mushrooms has easily become a trending phenomenon, as they’ve inspired businesses like Four Sigma Foods

Ready to add some mushrooms to your plate? We’re breaking down this eye-opening trend by introducing you to six different shrooms to totally sink your teeth into.

Known for their medicinal properties, usage of the Reishi mushroom dates back to 4,000 years in Ancient China. Used for a wide variety of symptoms including arthritis and other ailments, the Susan B. Komen foundation reports that Reishi supplements are still used to treat insomnia, dizziness and asthma.

Originally popular in Europe, chaga’s popularity is pouring over to the United States in the form of powdered drinks and supplements. Popular with celebrities like actress Shailene Woodley, chaga is easily giving your daily cuppa a good run for it’s money thanks to it’s energizing and immunity enhancing benefits. Also ideal for those afflicted with inflamed joints and other parts of the body, Fox News writes about chaga’s amazing anti inflammatory properties. Take that coffee!

Although it’s name sounds like anything but edible, this exotic Japanese mushroom offers benefits like no other. The Huffington Post for example, states that Lions Mane can work wonders on the nervous system and can actually improve cognitive function, memory and more. And if that isn’t enough, Lions Mane is also thought to alleviate anxiety and depression symptoms too.

We may enjoy shiitake mushrooms in some of our favorite dishes, but did you know that these shrooms can be extremely helpful during cold and flu season? And that’s not all. According to the American Cancer Society, shiitake also works to lower cholesterol and can be helpful in cancer related treatment. Although overall research is still preliminary, it never hurts to add some shiitake supplements to your diet.

Another mushroom variant comes the East Asian Enoki which is believed to lower your cancer risk with continued consumption. But despite their immunity encouraging benefits, the Huffington Post finds that enoki is a good source of nutrients, added antioxidants and dietary fiber.

Also known as the King of the Mushrooms, the Maitake mushroom has been used in Asia for centuries to treat common ailments such as diabetes. The Memorial Sloan Kettering Cancer Center, describes that the Maitake has been effective in treating ailments like hypertension and high cholesterol. Also aiding in weight loss and overall immunity, there’s no doubting the mushroom’s anticancer potential as well. 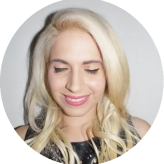 Courtney Leiva is a Katniss Everdeen wanna-be still roaming in the Jersey woods somewhere. Her work has appeared on HelloGiggles, BeautyStat, Styleblazer and The Beauty Bean, amongst others. Aside from beauty writing, editing and tweeting, Courtney SWEARS that sarcasm is a lady's best accessory!