Dating is probably one of the most stressful parts of being in your twenties. It’s not just getting the date that creates stress, but the prepping and actual communication with your date can take a normal, sane 20-something woman and turn her into a crazed Facebook stalker. And let’s face it, 20-somethings don’t quite have the dating experience of someone in their 30’s, 40’s and beyond who have already “been there and done that.”

So, before you lose you mind over how long your romantic interest is taking to respond to your text messages, check out our list of the things you are probably overthinking about dating.

Maybe it will help you to get your sanity back. Maybe.

He Takes Forever To Text You Back

Not everyone is glued to their phone. While you may be sitting by your phone awaiting his next text, he may not be, so don’t be too alarmed if he isn’t responding right away. He most likely isn’t ghosting you or overanalyzing your hasty response, he is just busy. As many of us are. Stop worrying about how long it takes him to text you back -some of us just aren’t big texters.

His Texts Are Super Short

It’s no mystery that many men are not super wordy and poetic. If he is sending short responses to your texts, it could be that he isn’t very talkative, or that he just isn’t that interested. This is one of the easiest things to overanalyze about your date, but hold out on judging his responses until you actually meet him and you can read him in person. Regardless, texts leave a lot of room for interpretation, so if a guy is only texting you instead of picking up the phone and actually calling you, it’s best not to take him too seriously.

He Doesn’t Make Plans Right Away

He could have a really busy week and is waiting to invite you out, of maybe he doesn’t know how he feels about you yet. Just because he didn’t ask you out as soon as he got your number doesn’t mean he won’t, so be patient. Plus, it’s 2015; if you want a date with him, go ahead and ask him first.

His Profile Picture Features Another Girl

It could be an ex girlfriend, or a current girlfriend, or a sister, or even a stranger. You can either ask him about the photo if you are feeling bold, or give him the benefit of the doubt and trust that it isn’t someone you should be concerned about while dating him. In order to keep your mind from spinning with worries, try trusting him until he gives you a reason not to.

What You Wear On The First Date

If you are anything like me, you have spent plenty of time trying to coordinate the perfect outfit to make his jaw drop to the floor when he sees you on the first date. Opt for something cute, casual, and comfortable unless your date calls for something otherwise. You can still dress to impress, but the last thing you want is for him to help you hobble to your car at the end of the night because you heels are too high to handle. Not sexy.

He Doesn’t Kiss You On The First Date

Maybe he is a bit conservative or shy, maybe he thought you wouldn’t want it, or maybe he just wasn’t into it, but it does you no good to worry about not being kissed at the end of your date. If the date went really well, be confident with that, and maybe find a cheeky way to ask him about kissing you on the next date. Or better yet, just plant a kiss on him yourself. Then you’ll know for sure if there is any chemistry there.

You Hook Up On The First Date

This has long been considered a dating deal breaker, but there are couples out there that have survived long after getting freaky on the first date. Make sure that it is something you want, instead of just trying to get him to like you. If you feel more comfortable waiting until you see if you have something real, that is okay too. The ball is in your court on this one. Just proceed with caution. Casual sex has a way of making people think they like someone a whole lot more than they actually do.

He Disappears For A Few Hours…Or A Few Days

It’s hard not to take this one personally. You are talking all day every day, and it seems like you two are really clicking, but then he mysteriously disappears. The reasons can vary, and it could be that he is busy. It could also be that he is ghosting you or doing some shady stuff. Try not to be too offended, focus on other things, and don’t be afraid to ask him about it when (or if) he returns. While he doesn’t owe you an explanation for being away from his phone for a few hours, disappearing for a few days after a date should require some explaining. If he disappears for good, consider yourself lucky and try to move on. You’re better off without someone who’s “just not that into to you,” anyway.

He Doesn’t Want To Go On A Second Date

This is another situation that is hard not to take personally. If he isn’t interested, that doesn’t mean that no one ever will be or that there is something wrong with you. Some people just don’t click, and that is okay. Think about it this way, would you rather find out that you two aren’t meant to be after the first date or after dating for a while? (Answer: always sooner rather than later. Always.)

At the end of the day, you should never have to convince someone to like you or be with you. If a guy wants to be with you, trust us, he’ll make that pretty clear. If you find yourself always wondering and confused, you’re giving your heart and time to the wrong person. As they say, “Never make someone your priority when you are their option.” 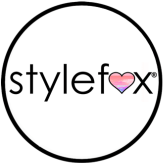 Brooke Schuldt is a freelance writer interested in fashion, beauty, lifestyle and feminism topics. Her work has been featured on various print and online outlets, including Parents Magazine, fitness.com, Ed2010, and Deux Hommes. When Brooke is not focusing on her magazine career goals, she can be found knitting, teaching herself French, or updating her personal blog. Her bucket list includes traveling around the world, a shopping spree at Kate Spade, and writing a New York Times Bestseller.