It’s hard to decipher what is and isn’t healthy in a world that often values profit over well-being. The American farming industry is especially brutal -often producing food that is so unhealthy that it’s banned in other countries. So why isn’t U.S. regulation looking out for our best interests? We can’t possibly understand, but our best theory is that the bottom line is always more important and there’s big money to be made off sick people, obesity and cancer.

We understand the word “organic” can often be written off as some preachy, pretentious fad, but please hear us out. This is not about what’s trendy. This is not about being skinny or fad diets. This is not about who is better. This is about YOUR health -plain and simple. This about the deadly chemicals that are in our foods. It shouldn’t be considered a privilege to consume organic foods, it should be a mainstay – a requirement put in place by our own regulators. Alas, that is a pipe dream at this point. The best you can do is watch out for your own health and be aware of what chemicals and carcinogens are routinely put in your food. Here are 8 food products to rethink and eliminate from your diet. 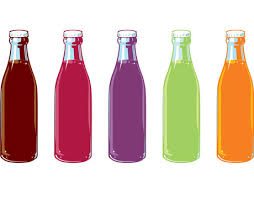 Soda -both diet and regular is one of the worst things you can put in your body. Diet soda is unhealthy because of the preservatives and artificial sweeteners (often aspartame which has been proven to cause cancer in lab rats and other ailments) and regular soda because of the massive amounts of sugar.  Soda has been linked to obesity and is so unhealthy that is has been banned from schools across the nation. If you need a bubbly or caffeine fix opt for mineral water or tea instead. 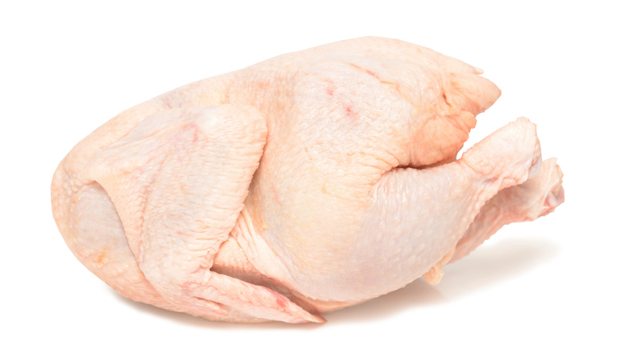 The chicken farming industry in the U.S. is so unhealthy that American chicken has been banned across the European Union. Chickens are crammed into tiny cages, fed antibiotics and arsenic-laced drugs to induce growth. They’re so stressed out when it comes to slaughter time that they have to be washed in chlorine to remove the pathogens. They also often develop cysts and deformities that seep into the meat. If you must eat chicken only buy organic non-caged chicken which is natural and humanely treated. 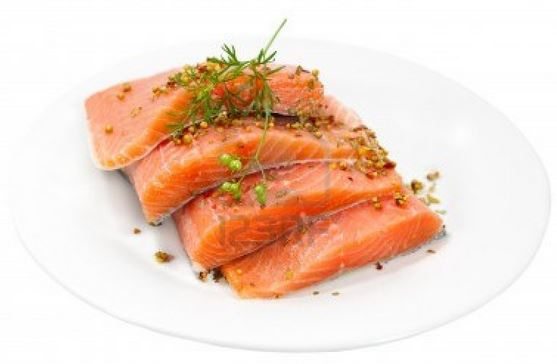 Many are unaware that farmed fish, most notably salmon, are unhealthy.  So unhealthy that Australia and New Zealand have banned U.S. farm raised salmon. We assume because it’s fish that it’s good for us, but the fish farming industry hides some very dark secrets. Not only are they raised in tiny stressful pens, but they’re pumped so full of antibiotics that by the time they’re slaughtered they’re an unhealthy gray color. To counter the unappetizing color, they’re artificially dyed to appear palatable. Farmed salmon is also cancerous and fed unnatural grain food that is often tainted with chicken feces:

“Farmed salmon may have at least 10 times the amount of cancer causing organic pollutants compared to the wild variety – This can most likely be attributed to the feeds that are used on farm raised fish. If you knew what went into the feeds of farm raised fish you would be horrified. Apparently, chicken feces is one of the main ingredients that go into farm fish feed. Not only that, the transfer of pig and duck waste to fish farms is also a very common practice.” -via nutrition expert, Dr. Josh Axe .

Only buy wild caught fish and salmon. Check the label to make sure it says “wild caught.”

“Many people use artificial sweeteners to cut their caloric intake, but the very opposite effect can occur. New research shows that artificial sweeteners stimulate taste receptors that sense sweetness in both the esophagus and stomach. Anticipating energy, the pancreas releases insulin, an important hormone for accumulating body fat. At the same time, chemicals are sent to the brain’s satiety center, which becomes confused as to whether or not the body is actually receiving calories. The result? You feel even hungrier and less full, which can lead to weight gain.” via Dr. Oz.

Additionally, studies have shown that saccharin has caused increased cancer in lab rats. Though there has been inconclusive evidence of artificial sweeteners causing cancer in humans, why risk it? Instead use coconut oil, honey or stevia for sweetening. 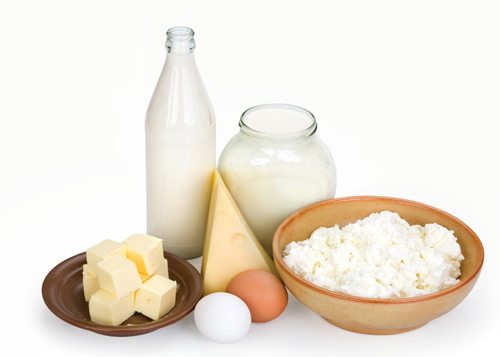 U.S. dairy products containing the growth hormone rBGH (Recombinant bovine growth hormone) have been deemed so unhealthy that they’ve been banned across the globe in Australia, New Zealand, Israel, the European Union and Canada. rBGH is is a synthetic version of natural bovine somatotropin (BST), a hormone produced in cows’ pituitary glands that produces milk. Cows are pumped full of this hormone to increase production while in the process contaminating our dairy products.

“It’s injected into cows to increase milk production, but it is banned in at least 30 other nations because of its dangers to human health which include an increased risk for colorectal, prostate, and breast cancer by promoting conversion of normal tissue cells into cancerous ones. Non-organic dairy farms frequently have rBGH-injected cows that suffer at least 16 different adverse health conditions, including very high rates of mastitis that contaminate milk with pus and antibiotics.” via Eat Local Grown.

GMO (genetically modified organism) is another food production process that values profits over well-being. GMO’s are plants or animals that have been genetically engineered with DNA from bacteria, viruses or other plants and animals. This process not only affects our health adversely by the use of massive amounts of pesticides, but also puts strain on the environment by introducing resistant, hard to control “super bugs” and “super weeds.”

“Over 80% of all GMOs grown worldwide are engineered for herbicide tolerance. As a result, use of toxic herbicides like Roundup has increased 15 times since GMOs were introduced. GMO crops are also responsible for the emergence of “super weeds” and “super bugs:’ which can only be killed with ever more toxic poisons like 2,4-D (a major ingredient in Agent Orange). GMOs are a direct extension of chemical agriculture, and are developed and sold by the world’s biggest chemical companies. The long-term impacts of GMOs are unknown, and once released into the environment these novel organisms cannot be recalled.” via The Non-GMO Project.

GMO’s are banned by more than 60 countries around the world, including the European Union, Australia, and Japan. So, how can you avoid GMO’s? Shop organic and check for labels that say “non-GMO verified.” 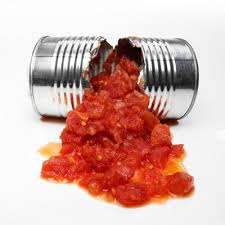 Canned food in general is not the healthiest option, but canned tomatoes are especially dangerous. This is due to the combination of the resin lining in the cans that contains BPA (bisphenol-A) and the acidity of tomatoes. BPA is a synthetic estrogen that has been linked to a slew of ailments including diabetes, heart disease, reproductive issues and obesity. Now, here’s where the problem gets worse: the acidity of the tomatoes breaks down the resin lining in the can and causes the BPA to leach into the food.

“Studies show that the BPA in most people’s body exceeds the amount that suppresses sperm production or causes chromosomal damage to the eggs of animals. “You can get 50 mcg of BPA per liter out of a tomato can, and that’s a level that is going to impact people, particularly the young,” says Fredrick vom Saal, PhD, an endocrinologist at the University of Missouri. “I won’t go near canned tomatoes.”

Luckily, this dilemma is easy to solve; only buy tomatoes that are in jars. In fact, it’s a good practice to only buy prepared food in jars instead of in tin cans. 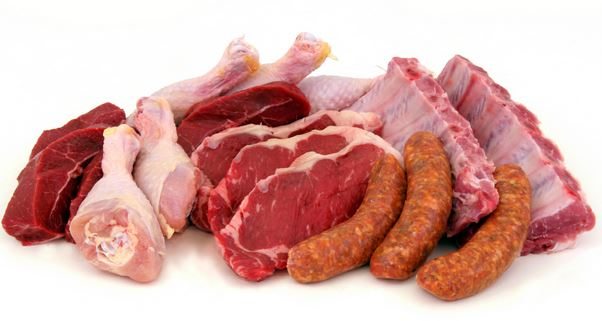 Next time you bite into that steak or bacon -think again. Ractopamine laced meat is another toxic product produced by American farming. This toxic drug labeled “not for human consumption” is used on livestock to increase their muscle and meat. It’s given to 45% of pigs, 30% of cattle, and an unknown number or turkeys to increase production and reduce fat. As a result, up to 20% of toxic ractopamine remains in the meat when you consume it. Ractopamine is banned in 160 nations including Europe, Taiwan and China. Worse, over 1,700 people have been poisoned from eating ractopamine-laced meat since 1998.

Additionally ractopamine affects the human cardiovascular system and may cause behavioral changes and chromosome abnormalities. Animals also suffer from mastitis (a breast inflammation caused by infection), disabilities and increased death due to ractopamine.

The best solution is to stop consuming meat, but we know that is not everyone’s preference so just be sure to buy organic and check labels for “grass-fed” meat products.