Hormonal birth control is definitely not for every woman. It can seriously mess with your body and cause many side effects from heavy periods, to mood swings to acne and low libido. There has got to be a better way, right? Well, yes and no. There are a few non-hormonal birth control methods, but they all have their pros and cons. If you’re looking to stay (or get) off hormonal birth control, here are some alternatives.

Also know as ParaGard, the copper iud is a small t-shaped piece of plastic that is inserted into the uterus.  However, instead of releasing hormones, it contains a small amount of copper that prevents eggs from being fertilized and interferes with sperm. It’s 99% effective and can remain intact for up to 10 years. The downside is that it doesn’t protect against STI’s and can cause heavier periods and cramping, which usually goes away after a few months. There’s also the risk of your body rejecting the device and causing infection, so ask your doctor about the risks.

Perhaps not the most popular option, male condoms are still one of the best ways for preventing pregnancy and STI’s and are 98% effective. The cons are they can be irritating and under some circumstances can break.

Lesser known and smaller than a diaphragm, cervical caps can be inserted up to 6 hours before sex and must be left in place for 8 hours after ejaculation to remain effective. They also must be fitted by a doctor and are only 84% effective. The upside is they can be inserted ahead of time and are rather small and unassuming so most people do not feel them during sex, though they can pop out and move around. Probably not the best option, but they are still available.

If you’re a fan of Seinfeld, you’re more than aware of “the sponge.” While a bit of an outdated BC method, it’s still around and women still use it. Though it’s only 88% effective and does not protect against STI’s, so it should probably not be at the top of your list for birth control methods.

A diaphragm is similar to the cervical cap in that it creates a barrier in your cervix, preventing sperm from entering. It is also only 88% effective and needs to be used with spermicide. The upside is that it can be inserted 18 hours ahead of time and it’s relatively easy to insert and remove.

The rhythm method is simply keeping track of your ovulation. By using apps such as Period Calendar, you can track your cycle and know when you’re ovulating and what times of the month you’re fertile.

This is an irreversible, permanent option if you are absolutely sure you do not want to have children. This is a surgical procedure in which your fallopian tubes are closed off, preventing pregnancy permanently. To learn more about tubal ligation, go here.

Have you tried non-hormonal birth control methods? Which worked best for you? Feel free to chime in below! 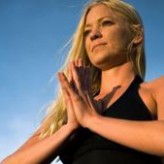 Mandy Ellis is a certified nutritionist, journalist, traveler, and endless adventurer. Her work has appeared on Yahoo, AOL, Fox, and many others. When she’s not wanderlusting, she’s usually spending time with her French bull dog or hitting the yoga mat.