Women’s History Month may be in full swing, but that’s not the only reason to celebrate these aspirational ladybosses!  Whether it’s breaking the glass ceiling, improving the world around us, or just generally being awesome, these ladies have paved the way for us and inspired us to leave our mark on the world.  Here are inspirational women you should know about (and definitely keep an eye on).

Misty made history as the first African-American female principal dancer with the American Ballet Theatre, but even if you haven’t seen her perform – you’ve probably seen her viral UnderArmour commercial (you know – the one with a rejection letter voiceover meant to quell her dreams of being a ballerina).   While she’s busy dancing for audiences worldwide, she also gives back to countless charitable organizations – including the Boys & Girls Club of America, where she took her first dance class.  She currently serves on the President’s Council on Fitness, Sports, and Nutrition and has received several other honors for her talent and philanthropy.

The current New York senator has a prominent mentor in presidential candidate Hillary Clinton, and it’s easy to see why.  Kristen is a great example of how to follow your passions even if it means going down the road less traveled – she left a prominent law career to join politics and has been able to (successfully) balance her family, career, and self along the way.  While in Congress, she fought to repeal “Don’t Ask, Don’t Tell,” to raise the minimum wage, and make the lives of New York and American citizens better overall. We can’t wait to see what she’ll do next. 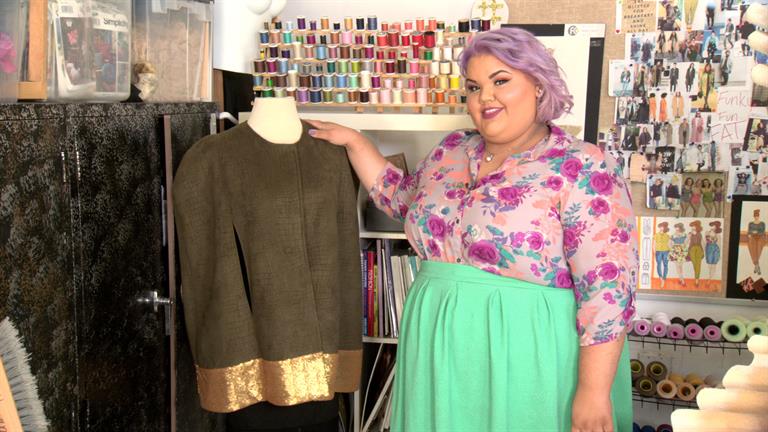 The youngest on our list, Ashley became well-known when she won season 14 of Project Runway and became the first full-figure focused designer to win the competition.  She’s since dressed celebrities like Gabourey Sidibe and has used her press appearances to promote body positivity and inclusivity in the fashion world.  Recently, San Diego named her one of 2016’s Women of the Year, and she definitely deserves it.  Ashley plans to launch a line within the year, and knowing her style and passion – it’s going to be one to watch out for.

You may know her as a celebrity judge on Fox’s MasterChef, but did you know that she has an award-winning pastry chef that has rocked the food world with her crazy delicious creations.  Few chefs can get away with calling a dessert “Crack Pie,” but when you have a James Beard Outstanding Pastry Chef award under your belt, it’s understandable.  Christina founded Milk Bar in 2008 and has since expanded it to seven locations in New York City, Washington D.C., and Toronto. She has authored several cookbooks and has been named one of the “Most Innovative Women” in Food and Drink by Food and Wine Magazine. Don’t believe us? Try Milk Bar’s Cereal Milk soft serve and tell us you’re not impressed.

Another fashionista, Diana uses her PR savvy and experience as a journalist to promote fashion of one of the most under-looked at continents – Africa.  Her annual campaign, “100 Days of African Fashion”, is a social media style diary that highlights African fashion designers and the gorgeous pieces that they make.  Her advocacy has resulted in a lot of positive global press for Africa as a style destination and for her.  Diana was named Fashion Communicator of the Year by Africa International Fashion Week and one of 100 Movers and Shakers by Drum Magazine.