Being a CEO is hard, but being a female CEO feels like it comes with a completely separate set of expectations.  If you want to build your own business or climb your way to the top of the corporate ladder, it helps to have an image of the woman you want to be in your mind.  Here are some of the world’s top CEOs that will inspire – and oh, they also just happen to be women.

is Chairwoman and former CEO of Xerox. She was the first black American woman to hold the position of CEO at a Fortune 500 company. Raised by a single mom in the Baruch housing projects in New York City, Burns excelled academically and went on to earn her bachelors in Mechanical Engineering from NYU and subsequently her masters in the same field from Columbia University. She climbed the ranks at Xerox, starting as a summer intern in 1980 and by 2009 she was CEO. Ursula serves as a beautiful reminder that it doesn’t matter where you come from, it only matters where you’re going.

As the first CEO of Avon Products, Inc.  Jung

is another CEO that used her business powers for good.  Jung gained notoriety when she was named one of the worst CEOS of 2012 due to a company scandal, but despite this – she persisted.  Jung’s time at Avon reminds us that it’s okay to not be the best at what you do, and also that sometimes we have to learn how to cope with issues that are out of our control.  Knowing that you have to take care of yourself first and foremost is important to personal and professional success.

As the leader of Pepsi Co., Nooyi

is well-liked amongst her employees and peers.  Part of the reason for that, she claims, is the gratitude that she shows her co-workers and, surprisingly, to their families as well.  Nooyi regularly writes letters to her senior executives’ parents thanking them for the “gift of their child.” Her actions were inspired by how she felt when people congratulated her parents for Nooyi’s personal success. She was reminded that it takes a village to raise a child – and also to run a company.

Yes, you know her from her talk show, magazine, television channel, and more, but Winfrey’s

biggest contributions have been through philanthropic work.  As many of you know, Oprah came from a severely adverse childhood, surviving more trauma before the age of 13 than most of us deal with in a lifetime. Despite her childhood turmoil, Winfrey rose up to be one of the most powerful women in the world. She consistently reminds us that creating a positive impact wherever you go is important, whether that means giving a stranger a car or helping somebody carry their groceries.  Her philanthropy is so ingrained into Winfrey’s identity that it’s a part of her personal brand, something that also helps her businesses thrive.

As the former interim CEO of Reddit, Pao’s leadership was marked by various controversies as she strived to make the platform a better place for all its users.  Despite hateful attacks and unfavorable media coverage, there’s a lot to look up to in Pao

.  While she led the tech company, she banned salary negotiations as a tool to fight against the gender wage gap and made an effort to use her leadership position to help others.  We can’t wait to see what Pao does next, and we hope that she’ll continue to try to make the world a better place.

Have you not heard of Novakovic

before? That’s to be expected, as she rarely makes public appearances.  Novakovic is the CEO of General Dynamics Corp and makes an active effort to shy away from the public spotlight.  She chooses to focus her time on what matters most to her – her work and her family, who has been a large influence in her life.  Her approach to work and life reminds us that doing what’s best for us is the best thing, despite what others say.  If you’re happy with the way you approach work and life, that’s what matters most. 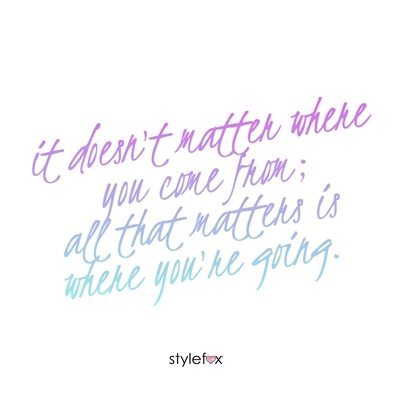